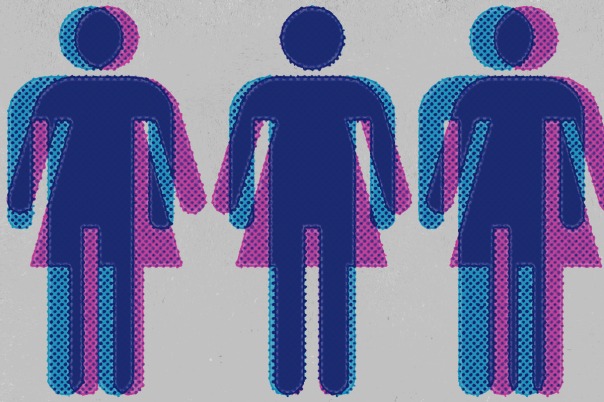 Robin was diagnosed with Gender Dysphoria this week. It’s the first time we have been given a ‘name’ for her decision to live as a girl. It’s been this way for a while now and I coming to terms with the life of living with a child who chose to live as a different gender to the one they were born.
For the first time this week I openly have said I wish she has just stayed a boy, I don’t mean I don’t support her decision but it’s changed a lot for me personally. I feel very conscious of what other people think and of how many people would do things differently to us. The psychologist told us two weeks ago to continue to support Robins choice and that it would be harmful not too but that doesn’t stop people judging us and disagreeing.

I am worried about the future and how difficult it will be for Robin and also for Elliot and Lewis. I feel like something has shifted in me and I feel judged and self conscious all the time. I never know if someone we know or meet will feel uncomfortable with how we are supporting Robin and how to deal with that situation. I feel on edge most of the time as though I have to defend her choice and our decision to support that choice. I’m tired, I want to go back to when it was easier.

Robin seems happy though, she still wants to be Doctor Who and watch Star Wars and she loves My Little Pony. For her not much has changed, she just wants to be a girl. I’m so glad she isn’t aware of all the controversy going on around gender dysphoria in children in the media at the moment. I just want her to be happy and safe. Although I sometimes wish she didn’t feel she is a girl that is purely for selfish reasons because i dont want the difficulties that come with it. So yes it’s not something anyone would choose for their child and it’s not an easy path for her to take but I will support her right to be happy in her body to the ends of the earth.